by Nolan The Ninja 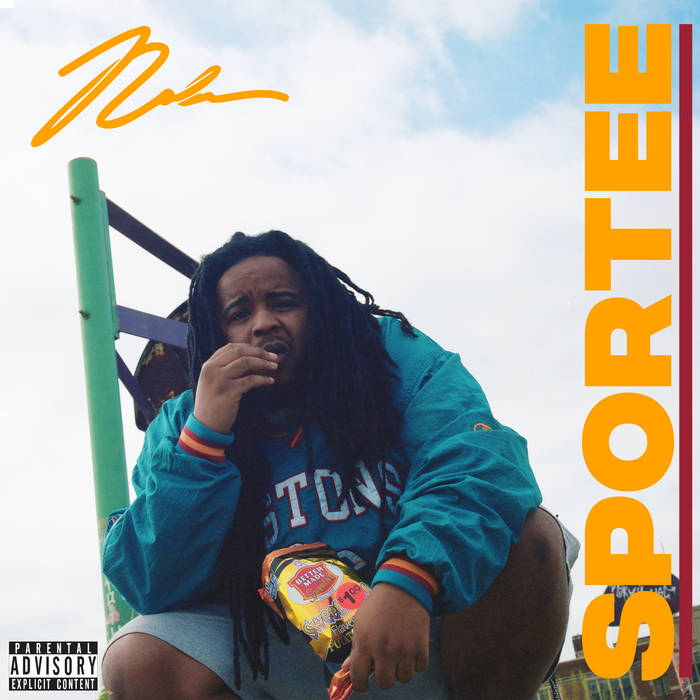 G There's SO much content here, do not pass this up! Favorite track: POE (BONUS).

Let’s just get it out the way: Nolan the Ninja can really really rap. We’re talking about the ability to leave the mic in body bags like a long-lost tenth member of the Wu-Tang Clan and the gift to spit something so explosive that it makes you believe that he could’ve supplied an ideal third verse on Nas and AZ’s “Life’s a Bitch.”

If we just boiled it down to supreme rapping virtuosity, the Detroit MC and producer’s Mello Music debut album Sportee, would easily rank as one of this year’s finest. But, a lot of young rappers love the 90s and can competently string syllables together. The assassin born Nolan Chapman does something that burrows much deeper. He isn’t merely awakening ancient spirits and infusing them with modern vitality, he’s channeling those timeless intangibles that allow art to become a form of magic.

With Sportee, Nolan annexes new terrain within well-established territory, tapping deeply into the lineage of ferocious Detroit rhymers. This is that slaughtering attack that stunned you the first time you heard J Dilla’s “Fuck the Police,” Elzhi’s Europass, Phat Kat’s Carte Blanche or Danny Brown in the Detroit State of Mind-era.

The first sparks of inspiration trace back to the waning months of 2016, when Nolan starting sifting through packs of beats from the producer 5YNot. Immediately impressed by the lo-fi glitch and SP-303 beats that recall the best of Knxwledge and Tuamie, Nolan set pen to pad. When the producer came home from his tour, the pair congregated at Assemble Studios, a 19th Century church converted into one of the D’s finest laboratories.

The finished product ruthlessly achieves its ambition: a one-producer one-rapper masterpiece that blends the gritty with the groovy—a polished cohesive gem that meets the high bar set by the ambitious artists. If Nolan’s earlier work showed his massive natural rapping talent, this is smoother - still infinitely technical but somehow effortless - a rapper confidently establishing his own singular voice.

Cinematic snippets connect the dots back to the foundation. Nolan raps swiftly and low to the round, dropping familial details, casual wisdom, and flipping lines from Biggie and ‘Pac. He flexes about turning his passion into profits and sipping Dom P in Italian glasses. He’s listening to Dilla medleys and watching Belly. But for all the flashiness, it’s still straight-out-the-mud rap—the sort of fire that Billy Danze or Lil Fame would approve of.

The guests—Chuck Inglish, T3 of Slum Village, Latasha, Black Nix, Kooley High—all fit into Nolan’s world. You can practically feel the frozen Lake Michigan wind blowing through a crack in the car window, unrolled to let the billowing clouds of smoke out. If there is an emotional center, it’s “Ace,” where he admits to seeing his uncle on heroin, warns himself against the perils of greed, and makes a classic Freddie Hubbard reference. “Soil” supplies a geographic centering, where Nolan reminds you that it’s no accident that these hard knocks come to you live from the city of Trick Trick, Hex Murda, and Maserati Rick.

Sportee reminds you that the past is always there, just waiting for the right talent to reinvent it. Hunger can’t be faked. Rawness can’t be approximated. Passion can’t be quantified, but you can definitely hear it. Nolan the Ninja embodies those intangibles as well as anyone in recent memory. Oh, and did I mention he can rap well too?

Bandcamp Daily  your guide to the world of Bandcamp